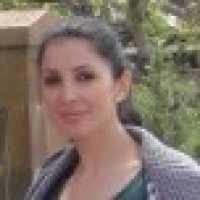 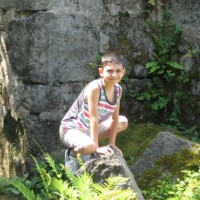 1. What time does the next bus leave?. he said. I need to get to the station.

He asked when the next bus will leave, because he need to get to the station.

2. Don’t go swimming in the lake. she said. The water is filthy.

He asked me not to go swimming in the lake, because the water was filthy.

3. Let’s go shopping tomorrow. she said. The sales have started.

She asked me to go shopping tomorrow because the sales have started.

4. Stand up. the teacher said to the pupils. The headmaster is coming.

Teacher asked to the pupils to stand up, because the headmaster  came.

5. Please don’t take my ring. she said to him. It was a present.

She asked him not to take her ring, because it was a present.

6. It’s very late Martin. his mother said. «Where have you been?»

Martin’s mom said him that it was very late, and where he was been.

7. Shall I cook the dinner?. he said to her. You look very tired.

He asked to her that could he cook the dinner, because she was look very tired.

8. Please stop making that noise!. she said to him. I can’t concentrate.

She asked to him to stop making that noise because she couldn’t concentrate.

9. Yes I dropped your vase. she said. I was cleaning the shelf.

She said that she dropped his vase because she was cleaning the shelf.

She asked to him that can she use his car?. She need to ran some errands

He said sorry for late because the car wouldn’t start.

12. Why are you teasing your sister?. she asked him. You know it makes her unhappy»

She asked him that why he was teasing his sister, it makes her unhappy.

13. Why won’t you come to the party?. he said to her. Everyone would love to see you.

He said that why she didn’t want to come to the party, because everyone would love to see her.

14. It was Rob who broke the window. he said to her. He was kicking the football.

He said to her that Rob broke the window. Because he was kicking the football.

3. Match the word  with  the proper definition

brag-to behave in an ostentatious way to impress others

…..
4. Choose a topic and write an essay.
What did people understand these days?.

The beginning of 2020 was one worst beginnings in history, there are many reasons, but the main reason is the coronavirus epidemic. People were locked in their houses, all activities were stopped, countries had a great economic downturn and the general coronavirus had a bad effect. Now people dream of things that were an integral part of life months ago. These days, people have come to realize how good were normal things seem to be

1. Doctor
Take this medicine for a week and you’ll start to feel better.
Patient
D)
Doctor
Are you sure? It’s the best on the market.
Patient
Yes I am. Can you please prescribe another one?

A) What shall i do if unexpected side effects arise?
B) What is the ideal dosage for my weight?
C) No, it’s too early to prescribe another medicine.
D) But I’ve used it before and it did not help at all.
E) It looks as if the illness has already been cured.

2. Jake
How did you like the movie you saw last night?
Karen
I can’t say it was the best I’ve ever seen.
Jake
E)
Karen
Certainly not. Do not waste your time.

A) Did you go alone or with a friend from work?
B) Hadn’t you read the reviews before you went to see it?
C) What do you mean by saying it depends?
D) I knew I could always count on you.
E) Then you wouldn’t recommend it, would you?

3. Father
What? You crashed the car again?
Son
A)
Father
I’m sure it wasn’t. This is the third accident you have had this year.
Son
You’re very angry now, dad. We had better talk about this later on.

A) I do apologize. I promise it won’t happen again.
B) Was the car in good condition?
C) But it wasn’t my fault. You’ve got to believe me.
D) Was it worth the money and time you had wasted?
E) Why do you ask? Don’t you know it’s too late now?

4.Chuck
A)
Sue
Why do you think so?
Chuck
Whenever we meet, she pretends not to see me.
Sue
I don’t thin k it’s because she hasn’t got over her anger. She’s having
a bad time at work nowadays.

A) It seems that Martha is still angry with me.
B) Martha will never make a good manager.
C) I have never seen a smarter woman than Martha.
D) One thing that I especially like about Martha is her sincerity.
E) Martha has finally managed to get over her resentment.

5.Tom
B)
Mary
Are you kidding? We are in June.
Tom
So what? What’s wrong with June?
Mary
The right time to trim your roses is the beginning of winter, when they
lose their flowers.

A) Are you going to plant those roses in your garden in June or July?
B) Can you help me prune the roses in the garden at the weekend?
C) I didn’t know your brother knew so much about gardening.
D) Have you got any idea what the right time is to shorten rose plants?
E) Are we supposed to do anything special to keep the roses fresh?

6.Complete the sentences with the most appropriate options.

1. Even though the two parties appear united in negotiations, E).
A) the level of trust between them will always remain, at best, tenuous
B) they weren’t able to agree on the subject
C) they will eventually reach an agreement
D) it is impossible for him to succeed
E) the president unexpectedly rejected it

2. The moment I saw the sad face of my girl friend, D).
A) I begin to feel depressed
B) I have realized that we will have a discussion about our relationship
C) I had decided to leave the house
D) I found out that something was wrong
E) she has gone out to have a walk

3. You had better take your mobile phone with you C).
A) so that you can lose it
B) or I couldn’t have called you
C) because I will not be at home during the whole day
D) If you had wanted to go abroad
E) in case you may not find one when you are in need of it

4. E) when they learned that the chairman would not be able to join the meeting.
A) Hardly had the committee learned the reason of the meeting
B) When they realized why they were all there in that early time of the day
C) It wasn’t until they got a phone call about an urgent meeting the next day
D) However professional they tried to be seen
E) They will have already discussed the most important subjects

1.Read the text and answer the questions.

How Does Brain Work?

Theories about how brain works remain a topic of debate. It is agreed, though, that the hippocampus, a part of the brain, is undeniably important for memory. When we experience something, the information is sent via our senses to the hippocampus, where it is processed. Scientists believe that brain cells called neurons first transform the sensory stimuli we experience into images in our immediate memory. Then, these images are sent to the hippocampus and stored temporarily in short term memory. In the hippocampus information is organized, and it is during this process that parts of the image of our experience fade away. Finally, certain information is then transferred to long term memory in a section in the frontal lobe of the brain known as the cerebral cortex. Scientists think this process may happen while we are sleeping, but exactly how the information is transferred from one area of the brain to another is a mystery.

1. This reading is mainly concerned with —-.


2. According to the passage scientists —-.
A) know that information is sent from the long term memory to the hippocampus

D) agree on how the brain works

E) still debate whether the hippocampus is important for memory


3. It is pointed out in the reading that —-.
A) the brain was not considered as a highly complex organ in the past
B) damage to hippocampus doesn’t cause memory loss

Fictional stories about people who have extraordinary abilities have always attracted people’s attention. One of them is the story of Vera Petrova, who is able to perceive things with different parts of her skin, and through solid walls. One day she comes into his father’s office and puts her hands on the door of a locked safe. Suddenly she asks her father why he keeps so many old newspapers locked away there. Vera’s curious talent is brought to the notice of a scientific research institute and she is given a series of tests by a special commission. During these tests she manages to read a newspaper through an opaque screen and then she describes the figures and colors of a picture hidden under a carpet. During all these tests Vera is blindfolded; and, indeed, except when blindfolded she lacks the ability to perceive things with her skin. It was also found that although she could perceive things with her fingers, this ability ceased the moment her hands were wet.

1. As we understand from the reading, Vera Petrova —-.
A) can only perceive things with her fingers

B) is a curious child

C) is not the only fictional character who has extraordinary abilities

D) fails most of the tests administered by a special commission

E) perceives the objects only when her fingers are wet

2. It is pointed out in the reading that Vera Petrova loses the ability to perceive objects with her fingers —-.
A) when her father first notices this ability

C) after she is given a series of tests

D) as soon as her hands get wet

E) when the object is hidden under a carpet


3. According to the reading, —-.
A) Vera Petrova’s father asks her why she keeps the old newspapers in the locked safe

2. Fill in few or little into the gaps.

For example:  I’ve got little money left in my account. / Ben has few friends in London.

«Me and my Armenia»

4.Choose on of your favourite short stories and record your reading, make your own Audiobook.

First,choose a short story written by your favourite writer.

Try to find and listen the audio version of the short story, it will help you.

First speak about the writer in two words.

Present the title of the short story and start recording it.

5.Talking Points, answer the questions below.

What do you use the computer for?

2. Does the computer save time?

3. On the desert island, would you pefer a human or a computer for company, why?

4. Has you life changed since you started using computers?

Watch the videoes, write your reviews or write  essays about these topics

7. Speak about your future plans.

Questions that will help you:

Where do you see yourself in five years?

Do you want to study and work here in Armenia or abroad?

What are you doing this year to move you toward your dreams?

Սամվել Հարությունյան
Create a free website or blog at WordPress.com.